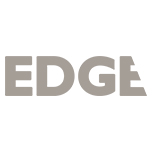 This scheme comprised two individual projects; the extension to the existing emergency department to increase capacity and create a GP streaming service, and the extension and internal reconfiguration of the MRI department to create an additional MRI scanning suite. Both projects were to be constructed in close proximity to each other over a similar period on site.

The development sites were at the front of the hospital adjacent to the main pedestrian and vehicle access routes, including the local bus services and blue light routes. This presented additional logistical challenges associated with site access / egress and the ability to maintain access to both the ED and MRI departments throughout the works. Similarly, both departments needed to remain operational throughout the build with minimal disruption to clinical activity; the ED was a 24/7 live operational department.

The ED extension was originally progressed via a design and build route and the MRI as a traditional tender. Both projects were being separately funded and governed by separate divisional project boards.

Upon appointment, we highlighted the logistical challenges and health and safety risks associated with having two separate contractors working in close proximity to each other at the same time at the busiest part of the hospital estates. We also highlighted the contractual risks associated with concurrent delays and additional co-ordination this approach would present. Following this we produced a procurement paper highlighting the options available to procure the projects. This recommended a combined procurement with a single contractor.

back to more Health case studies

Our principal contacts are always happy to talk to you.

If you have any questions about our work in this sector or wish to discuss a new project please get in touch.